With interest in Hidden in Plain Sight picking up some steam, I have some interest in polishing it up a little.

The weakest part of the game, in my opinion, are the instructions screens for each game mode.  I think they are really bad.  It was a challenge for me to try to describe the rules for each game mode concisely, but also in a visually appealing way.  I'd love to see those redone by someone with some graphic design experience.  (I'm not sure I can pay much, if anything, but if anyone has any recommendations, let me know!)

Next on my list are the game summary screens that show up after each round.  It would be nice for those to be laid out a little better.

I really like the eclectic look of Eryn's title screen (which I hacked together in a few minutes to create box art), but I'm not sure that it's the best advertisement for the game.  Some people say box art is CRITICAL to a games success.  I'm more of a "screw it, just do the best you can" kind of guy.  But for a game with some staying power, maybe it's worth taking another look at that.  I've heard at least one person say they passed on the game simply because of the box art.  That's not good.

I mentioned this to Eryn, and he threw together a couple of images for my consideration.  What do you think?  I also included the existing box art for comparison. 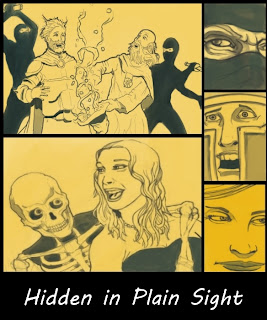 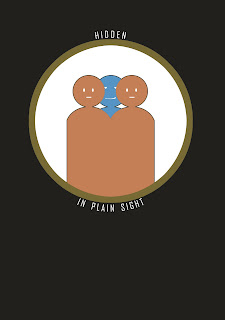 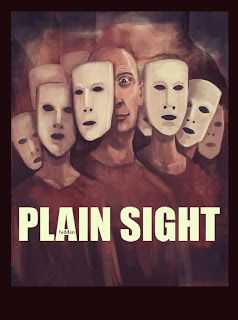